New report reveals that climate and health impacts of waste incinerators are worse than landfill: Find out more here 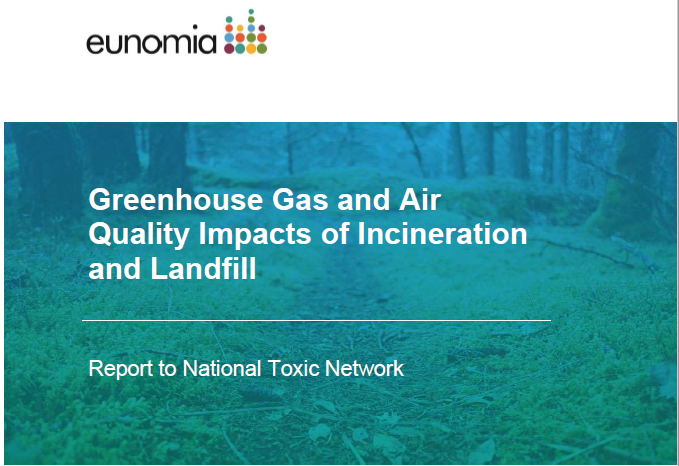 The National Toxics Network (NTN) is a community-based network working to ensure a toxic-free future for all. Formed in 1993, NTN has grown as a national network giving a voice to community and environmental organisations across Australia, New Zealand and the South Pacific.

NTN is the Australian focal point for the International POPs Elimination Network (IPEN) and works towards the full implementation of the Stockholm Convention on Persistent Organic Pollutants (POPs)2001 and other global chemical conventions. NTN is a member of the NGO delegation to the POPs Review Committee which is the United Nations scientific committee assessing new POPs nominations.

NTN represented Australian and global NGOs at the OECD Chemical Joint Meetings and was actively involved in the Intergovernmental Forum on Chemical Safety (IFCS), providing an Australian focal point for their INFOCAP information and capacity building program. NTN participates in the Strategic Approach to International Chemical Management and is part of the NGO delegation to the negotiations for a Mercury treaty.

Greenhouse gas and air quality impacts of incineration and landfill

This briefing paper summarises the key findings of the Eunomia report NTN commissioned – Greenhouse gas and air quality impacts of incineration and landfill (2022).

Australia generates comparatively large volumes of waste per capita and relies on landfill as the main residual waste disposal technology – that being the waste left over after composting, reusing, and recycling.

Residual waste volumes in Australia, like elsewhere in the world, are increasing rapidly due to issues like Fast Moving Consumer Goods (FMCG), single use plastic products, globalisation and trade and a disposable culture that relies on a linear economy of take, make, waste.

Waste, as a representation of our entire materials production systems, provides a unique window into just how damaging our linear economy is and why we must move urgently to a Zero Waste and Circular Economy future if we want to meet net zero climate change targets.

In March 2022, the Climate Change 2022 Impacts, Adaptation and Vulnerability Working Group II Contribution to the Sixth Assessment Report of the Intergovernmental Panel on Climate Change, warned that time is rapidly running out to keep our planet below a 1.5C temperature increase and that urgent action is needed to drastically reduce greenhouse gas emissions.

In this context, the widespread introduction of waste to energy incineration in Australia is cause for significant concern. Waste incinerators emit large volumes of GHG’s and toxic air pollutants and create tonnes of hazardous ash that requires disposal.

Incineration cannot be considered a ‘green’ or low carbon source of electricity, as the emissions per kWh of energy produced are higher than CCGT, renewables, and the likely aggregated future marginal source of electricity in Australia. The carbon intensity deficit of residual waste incinerators will increase as the electricity grid decarbonises. The use of incineration is therefore also incompatible with the achievement of local net zero climate change targets in respect of emissions from energy generation, unless coupled with carbon capture and storage. This technology is not yet commercially viable, and its use will considerably increase the cost of waste treatment.

The Eunomia report shows that landfill with pre-treatment of residual waste outperforms incineration. However, this fact is not being given the attention it deserves in any narrative by industry or government about future investment in waste management technologies in Australia.

Indeed, the dominant narrative in Australia, reflected in Government waste management policies, is that landfill must be avoided at all costs and that incineration provides a better alternative. Perversely, Australia’s Zero Waste to Landfill policy is driving a massive push towards waste incineration.

As the Eunomia report demonstrates, landfill with pre-treatment emits less GHGs and toxic air pollutants than incineration, this is further enhanced when Landfill Gas Capture technology is also utilised.

Australia’s waste management is at a crossroads. The Prime Minister announced an “Australian wide waste export ban”. The large volumes of plastic (and other) waste that Australia has exported to primarily the Asia Pacific region, has come to an end and this is good outcome.

The new federal Waste and Recycling Act enshrines a new era for waste management in Australia and heralds the start of a massive investment in waste recycling infrastructure.

Considering the findings of the Eunomia report, and other international studies and policy direction, the National Toxics Network advocated we should take a different road and recommends:

Please sign our petition to demand the removal of all renewable energy subsidies for waste incineration.